A Basic OUTLINE of African-American History.

A basic OUTLINE of African-American History to be considered and taught in Elementary Schools, Colleges, Universities and Homes.

Written and Researched By: Min. Jim Allen, Founder of One Business Chicago

10 - 12 million West Africans were stolen and removed from their homelands and forced into slavery in North America, South America and the Caribbean. 15% of the enslaved West Africans died enroute.

Many of the enslaved West Africans were Muslims, below are some of their recorded names found in the American Revolutionary Military Muster Rolls (1775 - 1783).

These are their names: Bampett Muhamed, Yusuf Ben Ali, Joseph Saba, and Peter Salem. Their names are on the American Revolution Military Muster Rolls. These West African Muslim men fought along side the Colonists against the British!

• Ayuba Suleima Daillo: (1701 - 1773). Ayuba was from a family of Muslim religious scholars. He was born in Bundu, Senegal (West Africa). He was captured by African slave-traders of a different tribe, his head and beard was shaved off to make him appear as a war criminal, of which he wasn't. He was then sold into slavery to Captain Steven Pike, to America. Ayuba wrote "There is no good in the country of the Christians for a Muslim".

• Yarrow Mamout: Was kidnapped from West Africa (Guinea) at age 16 in 1752. At the time he was kidnapped he was a Muslim and could write and speak in Arabic. He was kept a slave by Samuel Beall in Georgetown. Yarrow Mamout was known as a Stonemason, Brick Maker and Jack Of All Trades while a slave in the United States of America. He was a slave for 44 years. He gained his freedom at 60 years old. He eventually became a property owner, financier and owned stock in the Columbia Bank of Georgetown.

• Belali Mohammad: Born around 1770 in what is now Guinea. He was a well educated Muslim. He was stolen from West Africa and shipped to the Caribbean and then to Sapelo Island, Georgia in 1802.

• Salih Bilali: Born around 1770 in the Kingdom of Massina. He was 12 years old when he was stolen from West Africa and sold into slavery to the Bahamas and later to the Couper family in Georgia.

• Lemine Kebe: (Good friend of Omar Ibn Said) was a free West African Muslim living in New York around the 1830's. He was born around 1770. He to was stolen from West Africa (Futa Toro). He returned back to Africa (Senegal).

• Omar Ibn Said: 1770 - 1864. Born in West Africa, Senegal. Omar was of the Fula ethnic group which extends from Senegal to Nigeria. He was stolen in 1807 from West Africa and shipped to the United States of America. Omar Ibn Said was a Muslim scholar who could write and speak Arabic. Omar Ibn Said studied Islam for over 25 years in his country in West Africa. He was extremely intelligent, and his family was wealthy. He was 37 years old when he was stolen from his country. In his manuscripts he speaks of tribal wars that led to him being captured and sold into slavery in the United States of America to a man named Johnson in Charleston, South Carolina. Omar spoke of his slaveowner "as a weak, Christian infidel", because of how cruel his slaveowner treated him. Omar Ibn Said died enslaved. He had no children or wife.

• Prince Abdulrahman Ibrahim Ibn Sori also known as "Abdul Rahman": He was a West African prince who was kidnapped at 26 years old and sold into slavery. He was a Muslim scholar. He spoke and wrote in Arabic. Sori had arrived in Natchez, Mississippi after being kidnapped by enemy troops in 1788 in his native Fouta Djallon in what is now Guinea. The powerful royal was sold to slave traders for a few muskets and rum at the height of the global slave trade, when an estimated 80,000 Africans were being captured, chained, and shipped across the Atlantic Ocean every year. He was kept a slave for 40 years. He was freed in part by President John Quincy Adams.

☪️ Muslim King Abdel Kader Kane of the Futa Toro region in northern Senegal (West Africa). He fought against African tribes, the French and British during the Trans-Atlantic Slave Trade. He was a scholar who studied at the Islamic school of higher learning called Pir located in Senegambia. The school was founded by a West African prince and scholar named Khaly Amar Fall (1555-1638). King Abdel Kader Kane's children were stolen and sold into the Trans-Atlantic Slave Trade.

When we teach African-American history, it must be taught from an historic point of view relative to the fact West Africans of whom came from well established Kingdoms and city-States had a history, culture and language. Millions of them spoke their indigenous tongues, and also spoke and wrote in Arabic.

Below is a short history of slave revolts in North America ⇩⇩⇩

The last slave ship from Africa to Cuba: January 1839, 53 African natives were kidnapped from eastern Africa and sold into the Spanish slave trade. They were then placed aboard a Spanish slave ship bound for Havana, Cuba. The slave ship was called the Amistad schooner.

Reconstruction (40 Acres and a Mule) Special Field Orders no. 15 also known as "40 Acres and a Mule" took place on January 12, 1865, President Abraham Lincoln sent his Secretary of War, Mr. Edwin M. Stanton and General William T. Sherman to Savannah, Georgia to find out what newly freed slaves wanted as a form of reparations for slavery.

Secretary of War Edwin M. Stanton, General William T. Sherman, and other generals met with about 20 black American leaders, all of whom were black American ministers. 16 of these leaders were formerly enslaved.

Rev. Garrison Frazier told Secretary of War Edwin M. Stanton, General William T. Sherman and other Union Army generals, this: "We want to be placed on land until we are able to buy it and make it our own!"

About 4 or 5 days after the meeting, Secretary of War Edwin M. Stanton and General William T. Sherman issued Special Field Orders No. 15, which granted land to black Americans in the south. The land granted was from Plantations in the rice countries which had been abandoned by white slave owners during the Civil War. 400,000 acres was given to blacks as theirs in accordance to Special Field Orders No. 15.

At the time of Special Field Orders No. 15, there were 4 million blacks freed from slavery in the South. This is the land that was given: Northern part of South Carolina through Georgia, and parts of Florida extending into the coast and Islands.

Later a separate Order was given that allowed freed blacks to have broken down mules used in the Civil War to help till their acres, thus the saying 40 Acres and a Mule, nevertheless, it wasn't given at the same time. The mule came a bit later after the 40 acres.

One of the Baptist ministers who attended the aforementioned meeting, Rev. Ulysses L. Houston led 1,000 blacks into Skidaway Island, Georgia where they established a community with Rev. Houston as the "black governor".

After the assassination of President Abraham Lincoln (April 15, 1865), his successor, President Andrew Johnson a Confederate sympathizer, revoked Special Field Orders No. 15, and gave just about all the land back to previous slave owners.

This is but a basic OUTLINE to consider as we continue to study the orgins and history of African-Americans, a people who ancestors come from powerful West African kingdoms and city-States. 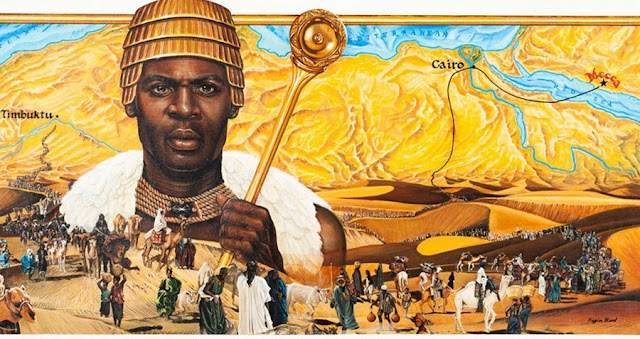 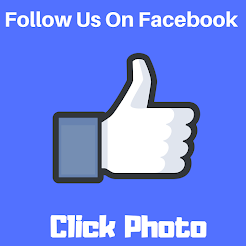 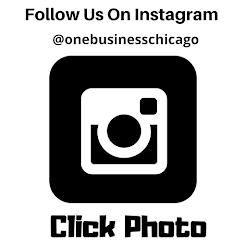 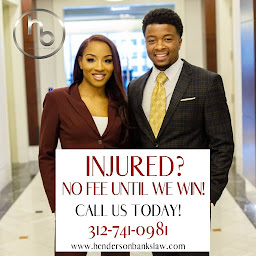 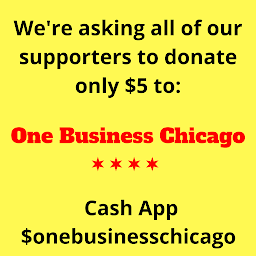